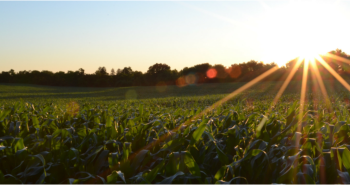 (The Main Ingredient in Roundup) 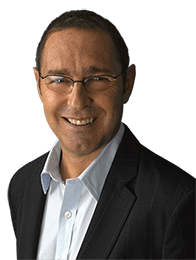 Every time I see the ads, the ones with a man standing on his front lawn, proudly holding a gallon of Roundup and smiling triumphantly at his weed-free lawn, it makes my blood boil. Roundup, whose primary active ingredient is glyphosate, is a potent, broad-spectrum herbicide, an extremely dangerous toxin and of all things, an antibiotic, which, in the four decades since its invention, has left behind a global wake of illness and ecological destruction.

Simply put, glyphosate use is sheer madness – and it has to stop! Here’s a topline on why I feel so strongly about getting glyphosate off your lawn, out of your life and out of what you eat right now. Your health depends on it!

Roundup and its active ingredient glyphosate, is one of the most widely used herbicides in the U.S. and extremely popular throughout the world. It’s used most frequently in agriculture, forestry and, of course, on your neighbor’s lawn, and possibly your own.

Originally designed to remove mineral deposits from boiler pipes, in the 70s, Monsanto patented it and began marketing it as an herbicide. Since then, its weed-killing powers, and the development of crops (like soy, wheat and corn) genetically modified specifically to tolerate glyphosate have pumped up its usage worldwide. But not without wreaking environmental havoc along the way. Some examples:

– In Argentina, large sections of the country have been reduced to deserts as a result of massive GM soybean cultivation

– European rain samples show high levels of glyphosate, and they’re just the tip of the iceberg.

Despite the EPA’s don’t-worry-about-it attitude towards glyphosate, there is good reason to be alarmed by its presence in much of our food supply, where we’re most likely to ingest it several times a day. Earlier this year, the W.H.O’s International Agency for Research on Cancer (IARC) sounded the alarm when it named glyphosate “probably carcinogenic to humans,” just one level below the IARC’s highest level of danger.

And the news from the field isn’t much better, especially a 2014 study that named glyphosate as a possible culprit in an ongoing epidemic of kidney disease in farming areas in Sri Lanka, India and Central America; and clinical data from Argentina linking increases in birth defects and cancers in regions with large areas glyphosate-tolerant crops.

Other health issues associated with glyphosate include reproductive problems, non-Hodgkin’s lymphoma, Parkinson’s disease and Attention-Deficit-Hyperactive Disorder in children, to name a few.

3. Glyphosate Is the Unprescribed Antibiotic – And You’re Eating It Every Day

Glyphosate, is really good at killing weeds – and it’s also a powerful antibiotic. It not only carpet-bombs the weeds on your lawn, but also the bacterial flora in your gut – and I believe it’s one of the major contributing factors involved in the extraordinary number of gut problems I treat in my practice every day.

But seriously Doc, I’m not eating an antibiotic. Wanna bet? Since Monsanto cleverly (or perhaps diabolically) registered glyphosate as an antibiotic a few years back, its reach has expanded far beyond the lawn – and straight into your gut via the food you eat. Unbeknownst to most of us, it’s being liberally sprayed on countless food crops (not only genetically-engineered ones) which means that we’re eating multiple daily doses of an unwanted, unprescribed antibiotic, courtesy of Monsanto (one of the folks who also brought you Agent Orange).

4. Glyphosate Is Doing a Number on Your Gut

In addition to being an antibiotic, its possible link to kidney problems and a host of other diseases mentioned above, what also concerns me here is the general impact of glyphosate on gut health. For example, it’s well known that European livestock have suffered an epidemic of gut and digestive problems since the introduction of Roundup-ready soy. In some cases, the problems may be caused by the soy itself damaging the beneficial gut bacteria of the animals, but in others, seem to result from Roundup destroying beneficial gut bacteria while leaving intact the deadly bacteria that cause E. coli and botulism.

So, animals wind up eating feed from genetically-engineered, Roundup-resistant crops that have been soaked in this “antibiotic.” Then we eat these glyphosate-fed animals plus some GE produce, and voila, we wind up getting multiple doses of antibiotics from several sources every day! To make matters worse, the glyphosate becomes imbedded in the plants we eat so you can’t wash or scrub it off.

And while Monsanto claims that its chemical cash-cow glyphosate is not toxic to humans, the reality is, we don’t know how glyphosate might affect us when it interacts with the other ingredients in Roundup. Nor do we know how the introduction of GMOs into our bodies will affect our own microbiome, those millions of mostly gut bacteria that work so hard to keep us well. We have good evidence that glyphosate is a huge killer of healthy gut flora in animals. If it’s doing the same thing to us, then it’s creating the kind of microbial imbalance that produces inflammation and all of its attendant problems, including leaky gut.

5. It May Not Take Much Glyphosate to Trash Your Health

In addition to the suspected link between glyphosate use and kidney disease in international farming communities, another recent 2-year study by a team of international researchers concluded that liver and kidney damage occurred in rats after exposure to extremely low doses of Roundup —exposure that was many times lower than what’s considered OK in the U.S. water supply. Rats may be the canary in the coal mine when it comes to human exposure. At the very least, these findings should be a wake-up call that Roundup is not doing anything good for vulnerable organs, rat-owned or otherwise. And, according to the Institute of Science in Society, there’s also growing scientific data implicating glyphosate as an endocrine disruptor and a DNA mutagen. In other words, it may be damaging our hormones and our genes.

Bottom line: Do everything you can to steer clear of glyphosate. The less of it in your life the better!

So how to cut your glyphosate exposure? Here are a few ways to steer clear:

1) Stop buying Roundup. Ask your neighbors if they’d be willing to let go of glyphosate as well.

6) Grow your own. Starting your own vegetable garden will ensure that your food is grown without glyphosate – just make sure the soil you use in your garden is from a clean, healthy, pesticide free source!

For more ideas on avoiding GMO’s, check out The Smart Shopper’s Guide to Non-GMO Foods.