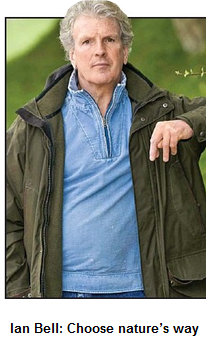 I read this and could not help thinking that SO much sense was said in this letter….

but would it ever be listened to?? Now some time after original publishing – I’m re-posting it……

Much sympathy should go to farmers struggling to cope with TB in their livestock because the emotional, practical and financial ramifications of this disease are massive. Having been a West Country farmer for 20 years, I know that few jobs demand more commitment, integrity and sheer hard graft than livestock farming. The supermarkets’ grip on ‘farmgate prices’ suppresses the realistic costs of production in the primary world of agriculture. And farming is primary.The fundamentals of life should be woven into every step the farmer takes because the natural world depends on his being light footed and intuitive; a healthy farm is the reward that nature bestows on a farmer who is fully conscious of his duties towards it.

Agriculture nowadays is beset by science-driven land and animal husbandry schemes. Destructive economic stresses have reduced the number of small family farms leading to fewer farmers managing ever larger tracts of land and ever greater numbers of livestock.

An agriculture gripped by heavy-handed materialism can only betray a more life-filled land culture in which the farmer perceives intuitively the inter-connectiveness of the natural world without feeling threatened by its wild inhabitants – the badgers, foxes etc.

The TB debate shows how farming is manacled to one-sided science, obsessed with microscopic investigation. This ‘dead’ science has spawned any number of toxic products, agrichemicals and erroneous feeding regimes, but a farm’s place leis within the macrocosm. A fertile productive and healthy farm can exist only in concert with a healthy wild scene. How could anyone imagine that without birds and insects, worms and beetles, and the activities of higher mammals such as badgers and foxes, the countryside could provide nourishment for the farm, its domesticated inhabitants and those higher up the food chain? Wild species are our ‘canaries in the mine’, the have been giving us warnings for a long time and are now joined by our domesticated livestock. Recent years have seen BSE, foot-and-mouth disease, bird flu, swine flu and now TB.   Our widespread ignorance of natural reality has left hard-pressed farms and scientist s living with mistaken ideas.

We are not ‘trying to turn the clock back’ against those who ‘have to feed the world and its growing population’. I have yet to meet the farmer who gets up in the morning declaring that he is off to feed the world.

Anyway, the 255.00 cattle lost to TB since 2008 would, in better circumstances have provided much meat and milk for that hungry world. Our industrialised approach to farming has dealt a mortal blow to bucolic wisdom. So-called ‘progress’ has robbed the farmer of the intuitive skills of his forebears.

The causes of have been examined before. The philosopher Rudolf Steiner asked; ‘When picturing a dirty room filled with flies, do we consider it dirty because of the flies, or are the flies there because the room is dirty?’. It is wrong to consider bacteria as the progenitor of illness.

‘When the forces needed to restrain organic combustion are not present in the body, various forms of tuberculosis develop because a suitable medium is created for the TB bacillus,’ he continued. ‘The undue praise of indoor feeding of cattle will lead to a prevalence of TB in them; even if they give more milk or what not for a short time, their state of health deteriorates through the generations.’

Nowadays, huge numbers of cattle are reared indoors, consuming only foodstuffs derived from intensive farming methods. In all sectors, animals are killed at ever younger ages, well before they show any physical manifestations of latent illness.

Yet all is not lost; a handful of farmers have realised that TB is born not of cow, badger or bacterium, but is a symptom of a wider farm condition. They have re-discovered their wisdom and have succeeded in banishing TB from their farms by not using weedkillers, leading to a fall in toxic residues.

They also used mixed grazing of sheep and cattle and horses to manage the sward, recognising the feed value of many common weeds (the nettle, for example, carries calcium, sulphur, potassium and iron, and yarrow is almost miraculous in its ability to grasp sulphur, phosphorous, carbon and nitrogen organically). Grass for silage or hay is cut much later than usual, never before mid-June, ensuring that ‘calcium forces’ are assimilated into the fodder.

Artificial NPK or nitrogen fertiliser is never spread directly on to the fields. The granules are carefully incorporated into manure heaps before rotting down for several months over winter, to be spread in spring. This helps to nullify harmful nitrous oxide that stems from the use of such synthetic products. Their cattle have ‘come and go as you please’ strawed barns systems, whatever the weather, meaning a cow can choose to be in or out according to its own metabolic needs. And, very important in winder, lumps of pure rock salt are provided for the cattle to lick at will. Protein pellets and barley are replaced with small quantities of rolled oats (the mighty oat!) and field beans, given with roughage of straw.

Unlike much farm practice where maize or barley silage is strewn alongside barrier feeders, making it available to rats, badgers and any other foraging animals, feed is never placed directly on the ground but in elevated feeding racks to avoid contamination by other species. Field feeding is by raised troughs, too. The happier, more productive agriculture resulting from these fundamental changes has given the badger the chance to sort himself out, returning to his preferred diet of slugs, snails, worms, larvae and beetles. His nocturnal excursions into the farmyard can be welcomed again. Badger and fox have a voracious appetite for rats, a favourite prey whose number pose a real threat to our countryside.

Old country wisdom can save our farms