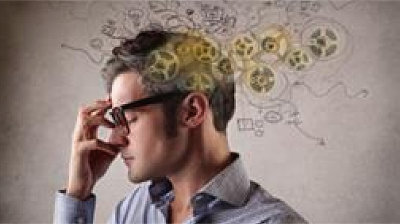 While dietary iron is essential for optimal health1 — being a key part of proteins and enzymes and playing an important role in energy production and the regulation of cell growth and differentiation, among other things — too much iron in your body can have serious ramifications.2 One of the most important roles of iron is to provide hemoglobin (the protein in red blood cells) a mechanism through which it can bind to oxygen and carry it throughout your tissues.

Without proper oxygenation, your cells cannot function properly and eventually die. Common symptoms of insufficient iron include fatigue, decreased immunity or iron-deficiency anemia, which can be serious if left untreated. However, your body has a very limited capacity to excrete iron, which means it can build up in your tissues and organs. This is problematic, as iron is a potent oxidizer, capable of damaging tissues, including your vascular system and brain, thereby raising your risk for both heart disease and dementia.

You’re probably familiar with the fact that Alzheimer’s disease is associated with a buildup of amyloid beta plaque in the brain. According to recent research3,4 from the Netherlands, buildup of iron, causing a rusting effect in the brain, also plays an important role and is common in most Alzheimer’s patients. As noted by the authors:

“In the presence of the pathological hallmarks of [Alzheimer’s disease], iron is accumulated within and around the amyloid-beta plaques and neurofibrillary tangles, mostly as ferrihydrite inside ferritin, hemosiderin and magnetite.

The co-localization of iron with amyloid-beta has been proposed to constitute a major source of toxicity. Indeed, in vitro, amyloid-beta has been shown to convert ferric iron to ferrous iron, which can act as a catalyst for the Fenton reaction to generate toxic free radicals, which in turn result in oxidative stress.”

Addressing excess iron may therefore be an effective treatment option. A primary focus of conventional treatment so far has been to clear amyloid proteins, but while the approach seems logical, such attempts have met with limited success. Now, researchers suggest clearing out excess iron may be a more effective way to reduce damage and slow or prevent the disease process.

This is not the first time scientists have noted a link between excess iron and Alzheimer’s disease (AD). In 2012, animal research5 suggested a link between abnormal iron metabolism and amyloid beta accumulation. When iron levels in the blood were reduced using an iron chelator, levels of beta-amyloid and phosphorylated tau protein — which disrupt the ability of neurons to conduct electrical signals — both reverted back to normal.

Interestingly, and unfortunately, this still did not reduce the generation of reactive oxygen species. Nor did it actually lower the level of iron in the brain itself. According to the authors:

“These results demonstrate that deferiprone [an iron chelating drug] confers important protection against hypercholesterolemia-induced AD pathology but the mechanism(s) may involve reduction in plasma iron and cholesterol levels rather than chelation of brain iron. We propose that adding an antioxidant therapy to deferiprone may be necessary to fully protect against cholesterol-enriched diet-induced AD-like pathology.”

In 2013, UCLA researchers found that Alzheimer’s patients tend to have iron accumulation in the hippocampus, and that the iron is responsible for the damage seen in that area. The findings were published in the Journal of Alzheimer’s Disease.6 According to the researchers, the damage that eventually results in clinical signs of Alzheimer’s really begin with iron’s destruction of myelin — the fatty coating around your brain’s nerve fibers.

This disrupts communication between neurons and promotes the buildup of beta amyloid plaque, which in turn destroys even more myelin. As explained by UCLA:7

“Myelin is produced by cells called oligodendrocytes. These cells, along with myelin, have the highest levels of iron of any cells in the brain … and circumstantial evidence has long supported the possibility that brain iron levels might be a risk factor for age-related diseases like Alzheimer’s. Although iron is essential for cell function, too much of it can promote oxidative damage, to which the brain is especially vulnerable.”

A 2015 study8 showed that patients with higher iron levels deteriorated earlier and faster than those with low iron. Here, elevated cerebrospinal fluid iron levels were shown to be strongly correlated with the presence of the Alzheimer’s risk allele, APOE-e4. According to the authors, “These findings reveal that elevated brain iron adversely impacts on AD progression, and introduce brain iron elevation as a possible mechanism for APOE-e4 being the major genetic risk factor for AD.”

Research9 published last year in the journal JAMA Neurology also identified brain iron load “as a pathogenic mechanism” in Alzheimer’s, and again linked high iron with the presence of the high-risk genetic mutation APOE-e4. As noted by the authors, “The ε4 allele of APOE confers the greatest genetic risk for Alzheimer disease, and recent data implicate brain-iron load as a pathogenic mechanism because ε4 carriage elevates the level of cerebrospinal fluid ferritin.”

How Do You End Up With Excessive Iron?

While iron-deficiency or anemia is commonly checked for, many doctors are still misinformed about the dangers of iron overload, which is actually a far more common problem. In fact, most men and postmenopausal women are at risk for iron overload since blood loss is the primary way to lower excess iron. The following can also cause or exacerbate high iron:

There’s also an inherited disease, hemochromatosis, which causes your body to accumulate excessive and dangerously damaging levels of iron. About 1 in 3.5 or an estimated 100 million people in the U.S. have the single gene for hemochromatosis.10 Approximately 1 million people have the double gene variant, considered the genotype most predictive of liver disease complications.

The serum ferritin test measures your stored iron. I strongly suggest most adults seriously consider getting a serum ferritin test on an annual basis to confirm you’re neither too high nor too low. Keep in mind that (as with many other lab tests) the “normal” ranges for serum ferritin are far from ideal.11 In some labs, a level of 200 to 300 nanograms per milliliter (ng/mL) falls within the normal range for women and men respectively, which is far too high for optimal health.

An ideal level for adult men and non-menstruating women is between 40 and 60 ng/mL. You do not want to be below 20 ng/mL or above 80 ng/mL. Maintaining a healthy iron level is also very important during pregnancy. Having a level of 60 or 70 ng/mL is associated with greater odds of poor pregnancy outcomes.12 That said, iron deficiency during pregnancy is equally problematic. The most commonly used threshold for iron deficiency in clinical studies is 12 to 15 ng/mL.13

Another valuable test is the serum liver enzyme gamma-glutamyl transpeptidase (GGT) test. While typically used to assess liver damage, it’s also a screening marker for excess free iron and is a great indicator of your sudden cardiac death risk.

For women, a healthy GGT level is around 9 units per liter (U/L) whereas the high ends of “normal” are generally 40 to 45 U/L. According to Gerry Koenig, former chairman of the Iron Disorders Institute and the Hemochromatosis Foundation,14 women with a GGT above 30 U/L have a higher risk of cancer and autoimmune disease. For men, 16 U/L is ideal, while the normal lab range can go as high as 65 to 70 U/L.15

Last but not least, a percentage transferrin saturation test will also reveal elevated ferritin. Ideally, this value should be between 30 and 40 percent. Above 40 percent, you have iron overload that is likely damaging your mitochondria and really needs to be addressed.

Do’s and Don’ts to Lower Your Iron Level

If your iron level is high, the easiest and most effective solution is to donate your blood. If you’re an adult male, you’ll want to donate blood two to three times a year once your levels are back to normal. If you are unable to donate blood, ask your doctor to write a prescription for therapeutic phlebotomy.

Also avoid combining foods high in vitamin C with foods high in iron, as the vitamin C increases iron absorption. Alcohol will also increase the absorption of iron in your diet, and is therefore best avoided. On the other hand, calcium will bind to iron, thereby limiting absorption, so eating iron-rich foods with calcium-rich foods can be helpful if your levels tend to be high.

While researchers are looking at iron-chelating strategies, I don’t recommend this. For example, using phytate or phytic acid (also known as IP6) to prevent iron absorption and chelate iron out of your body can easily result in other mineral deficiencies, such as zinc deficiency. A far safer alternative is curcumin. It actually acts as a potent chelator of iron and can be a useful supplement if your iron is elevated.

As I have beta thalassemia that elevates serum ferritin, I have had to be assiduous about using therapeutic phlebotomies to keep my ferritin in a healthy range. For nearly two years now, though, I have not had any phlebotomies; I’ve merely relied on an optimized detoxification program and my ferritin is typically between 35 and 40 ng/mL.

I hope to write a book on this program but it will not be out until 2020 or possibly 2021, as I am working with some of the finest experts on the planet and the goal is to create the best program ever designed.

According to Dr. David Perlmutter, a neurologist and author of “Grain Brain” and “Brain Maker,” anything that promotes insulin resistance will ultimately also raise your risk of Alzheimer’s. To this I would add that any strategy that enhances your mitochondrial function will lower your risk. In 2014, Bredesen published a paper that demonstrates the power of lifestyle choices for the prevention and treatment of Alzheimer’s.

By leveraging 36 healthy lifestyle parameters, he was able to reverse Alzheimer’s in 9 out of 10 patients. This included the use of exercise, ketogenic diet, optimizing vitamin D and other hormones, increasing sleep, meditation, detoxification and eliminating gluten and processed food. You can download Bredesen’s full-text case paper online, which details the full program.16 Following are some of the lifestyle strategies I believe to be the most helpful and important: