↓
Home→Mercola News→Even if You Exercise, Sitting Eight Hours a Day Significantly Increases Your Risk of Dying From Any Cause 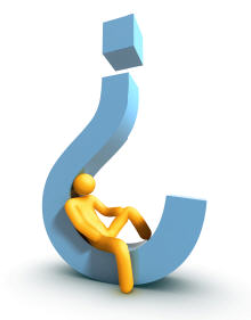 When working from home and mainly at a desk – this kind of makes you think! We often spend long hours working on websites and other work at the computer.

Luckily, we do have the ability to get out and do things, either in the garden, walking by the sea of in the local woods. So – a wake up call to all who work at a sedentary job – and that is quite a number through the world, methinks!

If you’re like most people, you spend a vast majority of your day sitting down—in your office, commuting to and from work, watching TV in the evening… Research1 shows that the average American spends nine to 10 hours of their day sitting.

Thankfully, last year, the evidence became overwhelmingly compelling and I have essentially eliminated 95 percent of my sitting. I found that merely getting up for a few minutes even six times an hour would not help eliminate my back pain but stopping sitting altogether did.

Even on weekends, the average person sits for eight hours. This behavior can be more problematic than you might think, as the human body was designed to be in more or less constant movement throughout the day.

I really wasn’t  aware of this prior to last year, but the evidence shows that prolonged sitting actively promotes dozens of chronic diseases, including overweight and type 2 diabetes, even if you’re very fit. This is really highly counterintuitive as it would seem physically fit people could get away with sitting.

However, research shows that maintaining a regular fitness regimen cannot counteract the accumulated ill effects of sitting eight to 12 hours a day in between bouts of exercise. This is very strong evidence to seriously consider eliminating as much sitting as you can.

Sitting really is the new smoking and it increases your rate of lung cancer by over 50 percent. Who would have known that sitting is far more dangerous than second hand smoke?

Analysis Concludes: Sitting Kills, Even if You Exercise

There’s really compelling evidence showing that when you sit for lengths of time, disease processes set in that independently raise your mortality risk, even if you eat right, exercise regularly and are very fit; even a professional or Olympic level athlete.

The most recent systematic review2,3 looked at 47 studies of sedentary behavior, and discovered that the time a person spends sitting each day produces detrimental effects that outweigh the benefits reaped from exercise.

Sitting was found to increase your risk of death from virtually all health problems, from type 2 diabetes and cardiovascular disease to cancer and all-cause mortality. For example, sitting for more than eight hours a day was associated with a 90 percent increased risk of type 2 diabetes.

All-cause mortality is also increased by 50 percent. In fact, chronic sitting has a mortality rate similar to smoking.5 And, the less you exercise, the more pronounced the detrimental effects of sitting. To counteract the ill effects of prolonged sitting, the authors of the featured review6 suggest that you:

Part one in a two-part series of articles7 published in the British Medical Journal (BMJ) at the beginning of January also highlights the hazards of our modern sedentary lifestyle, suggesting that public policy needs to be reassessed and updated to focus on increasing movement during work hours.

The article summarizes the findings from the 2015 Inaugural Active Working Summit, where a number of health effects of sitting were reviewed, including cancer and mental health. For example, one study presented at the summit found that sitting increases:

The reason for this increased cancer risk is thought to be linked to weight gain and associated biochemical changes, such as alterations in hormones, metabolic dysfunction, leptin dysfunction, and inflammation—all of which promote cancer. Research also shows that your risk for anxiety and depression rises right along with hours spent in your chair.

Why Sitting Causes So Much Harm

All the very best to you and I hope you find that audio enlightening!