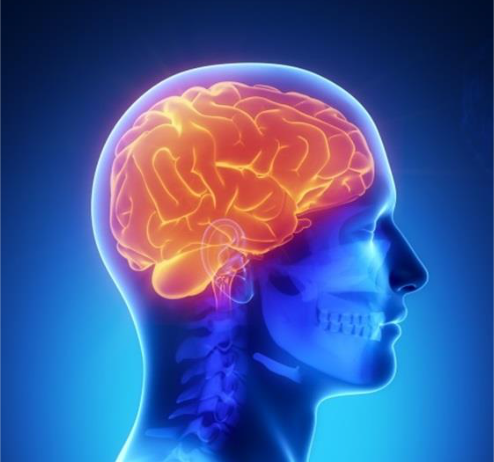 Mounting evidence suggests electromagnetic field (EMF) radiation from cellphones can trigger abnormal cell growth and cancer.1,2 As early as 2011, the evidence was strong enough for the International Agency for Research on Cancer, the cancer research arm of the World Health Organization, to declare cellphones a Group 2B “possible carcinogen.”3 Two government-funded studies4 bring renewed attention to this link.5,6,7,8

The $25 million research conducted by the National Toxicology Program (NTP) — an interagency research program started by the U.S. Department of Health and Human Services (HHS) in 1978 and now housed at the National Institute of Environmental Health Sciences (NIEHS) — includes two separate studies: one on mice and one on rats. The studies, in which 3,000 animals were exposed to the type of radiation emitted by 2G and 3G cellphones, are said to be the most extensive to date.
Cellphone Radiation Linked to Brain and Heart Tumors in Male Rats

Other types of tumors did occur in both types of animals, though, including brain, prostate, liver and pancreatic tumors. According to the researchers, if these results can be confirmed, then cellphone radiation may indeed be a “weak” carcinogen.

The animals in these studies were exposed to cellphone radiation for nine hours a day for two years (basically the full life span of a rat). According to the researchers, this level of exposure is far greater than what humans are exposed to, making it difficult to extrapolate the impact cellphone radiation might have on humans.

Personally, I disagree with this view, as many people, especially the younger generation, have their cellphones turned on and near their body 24/7. Many are literally sleeping with their phone beneath their pillow. Unless your phone is in a faraday bag, airplane mode or turned off completely, it is still emitting radiation, so you’re still exposing yourself to microwave radiation even when you’re not talking on the phone. I believe the fact that this reality is completely ignored is a serious oversight.

Take a look at the Intelligent Energetics Smart Shields and see how to start protecting yourselves.

As noted by The New York Times,9 the heart tumors (malignant schwannomas) found in male rats are “similar to acoustic neuromas, a benign tumor in people involving the nerve that connects the ear to the brain, which some studies have linked to cellphone use.” The scientists also expressed surprise at the finding of DNA damage, as the conventional belief is that nonionizing radiofrequency radiation cannot harm DNA.

“We don’t feel like we understand enough about the results to be able to place a huge degree of confidence in the findings,” John Bucher, Ph.D.,10 senior scientist at the National Toxicology Program told reporters. Bucher also noted that “The patterns of damage to brain tissues in these animals are not particularly consistent with tumor outcomes.” To me, this statement offers no comfort whatsoever. Brain damage is brain damage, even if it doesn’t specifically lead to cancer!
Brain Tumors Are Not the Most Pressing Concern

In fact, the primary hazard of cellphone radiation is not brain cancer per se but rather systemic cellular and mitochondrial damage, which is harmful to health in general and can contribute to any number of health problems and chronic diseases. An estimated 80,000 U.S. men, women and children are diagnosed with a brain tumor each year.11 Meanwhile, 787,000 people die each year from heart disease.12 The relative rarity of brain cancer may lead you to believe that your cellphone is safe.

After all, when 91 percent of the adult population of the U.S. carries a cellphone13 and less than 0.02 percent14 develop a brain tumor, it may appear that using a cellphone is benign. The evidence shows it’s not. Even these NIH studies reveal DNA and cellular damage, even though the researchers insist there’s no explanation as to why. This, despite the fact that a number of other scientists and EMF specialists have presented evidence for a number of different mechanisms of harm.

For example, research15 by Allan Frey, Office of Naval Research, reveals cellphone radiation weakens cell membranes and your blood-brain barrier. Some of his experiments showed that dye injected into animals was able to penetrate into the brain when exposed to pulsed digital signals from microwaves. This research was done in the 1960s, before the introduction of cellphones. At the time, radar and microwaves were the main focus.

Today, these findings are particularly notable since cellphones are held close to the brain. The take-home message is that radiation from your cellphone weakens your blood-brain barrier, allowing toxins in your blood to enter your brain, and into the cells of your entire body. But that’s not all. Following I will summarize evidence produced by a number of other experts in the field, who claim to have identified one or more mechanisms of harm.

Before I get into the mechanisms, it’s worth noting that when partial results from the (National Toxicology Program’s NTP) animal studies were initially released two years ago, the findings were followed by a public health warning. In fact, the preliminary findings were released early because the researchers deemed it too important to wait.

Christopher Portier, Ph.D., retired head of the NTP who was involved in the launch of the study, insisted the findings showed clear causation. “I would call it a causative study, absolutely,” he told Scientific American.16 “They controlled everything in the study. It’s [the cancer] because of the exposure.”

Take a look at the Intelligent Energetics Smart Shields and see how to start protecting yourselves.

In November 2016, David McCormick, Ph.D., director of the Illinois Institute of Technology Research Institute where the study was conducted, was equally clear, telling reporters,17 “What we are saying here is that based on the animal studies, there is a possible risk cellphone RF [radio frequency] is potentially carcinogenic in humans. These are uncommon lesions in rodents, so it is our conclusion that they are exposure related.”

As noted by Microwave News,18 while some of the pathology data was updated since the initial release in 2016, the changes are minor. The interpretation, however, has changed rather dramatically. Now, even though the findings haven’t changed, the NTP insists it’s “not a high-risk situation” and that the risk to human health is negligible.

Microwave News lists a number of possible political reasons for the sudden turnaround, including new NTP leadership, the current White House administration’s disdain for science that threatens big business, and the fact that the major telecommunications players today are Apple, Google and Microsoft — all major Wall Street darlings. Whatever the reason, it’s clear the NTP is now downplaying findings that, just two years ago, were considered of significant importance for public health.