↓
Home→Categories It REALLY Makes You Wonder

Today we mourn the passing of a beloved old friend, Common Sense, who has been with us for many years. No one knows for sure how old he was, since his birth records were long ago lost in bureaucratic red tape. He will be remembered as having cultivated such valuable lessons as: Knowing when to come in out of the rain; Why the early bird gets the worm; Life isn’t always fair; and maybe it was my fault. Common Sense lived by simple, sound financial policies (don’t spend more than you can earn) and reliable strategies (adults, not children, are in charge). His health began to deteriorate rapidly when well-intentioned but overbearing regulations were set in place. Reports of a 6-year-old boy charged with sexual harassment for kissing a classmate; teens suspended from school for using mouthwash after lunch; and a teacher fired for reprimanding an unruly student, only worsened his condition. Common Sense lost ground when parents attacked teachers for doing the job that they themselves had failed to do in disciplining their unruly children. It declined even further when schools were required to get parental consent to administer sun lotion or an Aspirin to a student; but could … END_OF_DOCUMENT_TOKEN_TO_BE_REPLACED 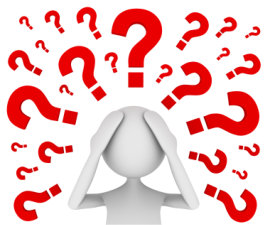 Was Einstein right?  – and these photos show that time may not be far off By Harry Mount for the Daily Mail Published: 01:48, 28 January 2015 | Updated: 08:52, 28 January 2015 Was Einstein right? Physicist once said he feared that technology would surpass human interaction – and these photos show that time may not be far off Long before the age of the mobile phone, Albert Einstein, one of the most brilliant brains of the 20th century, is said to have predicted: ‘I fear the day technology will surpass our human interaction. The world will have a generation of idiots.’ Some historians dispute the great man ever said it, but, whatever the case, it seems the prophecy may be coming true. Just look around you. Everywhere people are glued to their mobiles — as these photographs prove. Whether eating out with their family, sitting on the Tube, watching the tennis at Wimbledon, or even riding a bike, these Britons are all hooked on their phones. Of course, we can all be guilty of it — and it doen’t mean we’re idiots — but to spare these people’s blushes, we’ve obscured their faces. Surely, though, the question has to … END_OF_DOCUMENT_TOKEN_TO_BE_REPLACED

I'm afraid I have removed the newsletter subscription form for the for a while, due to mis-use......

ALSO - it seems that Gmail addresses are not getting thro' - I have tried to find out why, but no luck yet. If you do have a different email address to the Gmail - please do try that...